Otonajp and Hot Powers Japan have a great working relationship – we even collaborated in designing and producing an exclusive Onahole together which received great reviews – So when they invited us to take an exclusive look at their factory, and their Onahole production process, we jumped at the opportunity.

The Otonajp offices are based in Osaka, so we decided to book a Shinkansen (Bullet Train) directly to Tokyo where the Hot Powers factory is located.

Before we continue, let’s take a little look at some quick facts about Hot Powers Japan.

The passion, effort, and meticulous attention to detail that Hot Powers puts into making every Onahole pleasantly surprised us. Hot Powers is not the average Japanese company you might imagine with salary men in similar suits looking bored, working all day and formally bowing to their peers. The Onahole business, for Hot Powers at least, is something deeper, almost spiritual. After all, they’re providing the men of earth with some much needed relief, relaxation and a brief escape from this crazy modern lifestyle.

We were walking around the place excitedly like kids in a candy shop, but the Hot Powers staff seemed genuinely happy to have us there and share a glimpse into their world of Onahole production. They were all very relaxed, friendly and open to answering all of the questions we had, and they even let us play with some of the equipment and just fed our Onahole curiosities. The knowledge they all have about making onaholes, and the onahole world in general was very impressive.

The production of onahole is actually quite arduous work and requires a lot of attentiveness. From boiling the silicone to mixing up the materials, every step of the process has to be done with the utmost care and professionalism. One small mistake – such as a small bubble of air where it is not supposed to be – and the onahole has to be scrapped and started from scratch.

The creation of onaholes takes a surprising level of skill, experience and dedication to their craft that Japanese craftsmen are famous for. The philosophy of absolute dedication to one’s craft in Japan is called 職人気質 (Shokunin Kishitsu) – which roughly translates as ‘craftsman spirit’ – and we could see that the Hot Powers staff were avid practitioners of this philosophy.

The owner of Hot powers himself seems to be a real onahole enthusiast and was very knowledgeable not just about his own onaholes, but the whole adult toy industry in general.

The Hot Powers Japan team is actually quite a considerable size and we also had the pleasure of meeting the lovely office staff, and the people who do the final quality-assurance check and packaging to ensure that every onahole meets the strict standards and reaches its owner in tip-top, pleasure-providing condition.

We can honestly say we enjoyed every minute of our time at the Hot Powers Japan factory and we are genuinely grateful for their hospitality and for providing us with this special, eye-opening look into the magical world of onahole production. 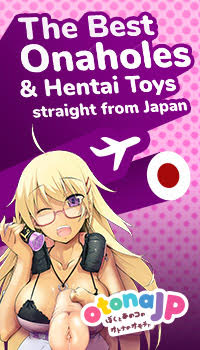